At Joyce, Jackman & Bell Insurors, we combine our strong insurance background and product knowledge to assist our clients in managing and planning for all types of risk. Our team of insurance professionals have years of collective industry experience and expertise. It's this team approach that we believe helps us rise above our competition and helps us serve the needs of our clients with the trust, integrity and professionalism that they deserve. 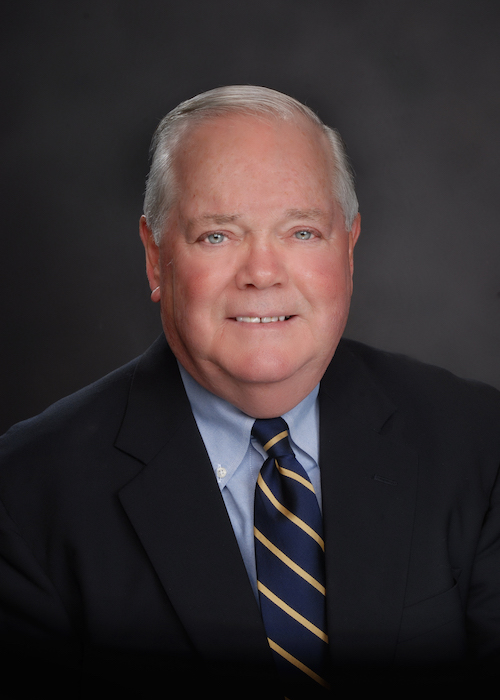 After years working for RCA and IBM Corporation, Brian returned to Scranton, PA and joined his first insurance agency in 1977. Brian received his insurance license in 1980 after studying at Pennsylvania State University.

In 1989, Brian co-founded and became the managing partner of Joyce, Jackman & Bell. His responsibilities include administrating large, national accounts. He is also an expert in both national and international underwriting requirements. As managing partner, Brian assumes administrative duties of the agency and oversees all personnel.

Brian earned his Bachelor of Science degree in Accounting from the University of Scranton.

He resides in Dunmore, PA with his wife, Marian. He is active in community services, including various community fundraising activities. 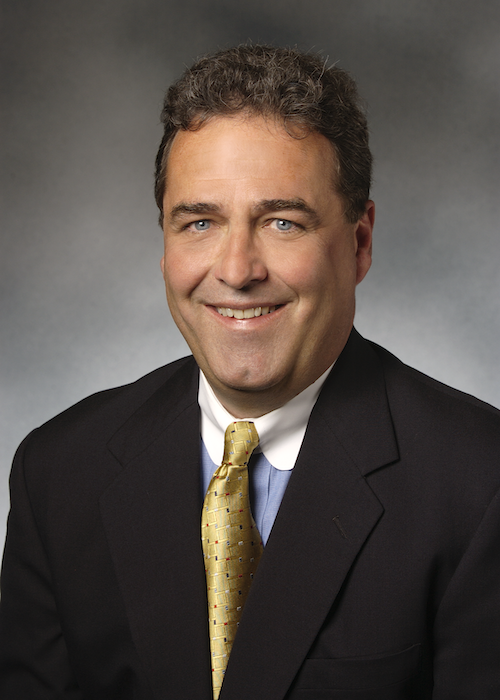 John began his insurance career in 1977 as an agent with the Eugene F. Hickey Agency in Scranton, PA. He then moved to a position at Franklin Life Insurance Company, Wilkes-Barre, PA.

Presently a partner in Joyce, Jackman & Bell, John divides his time between overseeing the sales department and mergers and acquisitions. He is one of a select few agents trained in structured settlements and develops specialty insurance programs for specific industries.

John is a member of the Northeastern PA Association of Independent Insurance Agents; NARTA; ARM; IMMS; NASSTA; Donegal Insurance Council; and Penn Millers Insurance Co. Council. He is a former Eastern Agents Council Representative for Ohio Casualty and National Grange Mutual and former president of the board of directors of Fox Hill Country Club and St. Joseph's Children's Center.

A graduate of King's College, Wilkes-Barre, PA, where he earned a Bachelor of Science degree in Business Administration, John also attended Dickinson College in Carlisle, PA, where he received intense training in Property and Casualty Insurance. Shortly thereafter, he obtained an Agent and Broker License as well as a Surplus Lines Broker License.

John resides in Moosic, PA with his wife, the former Maricay Lydon, and their two children, Marley and Evan. 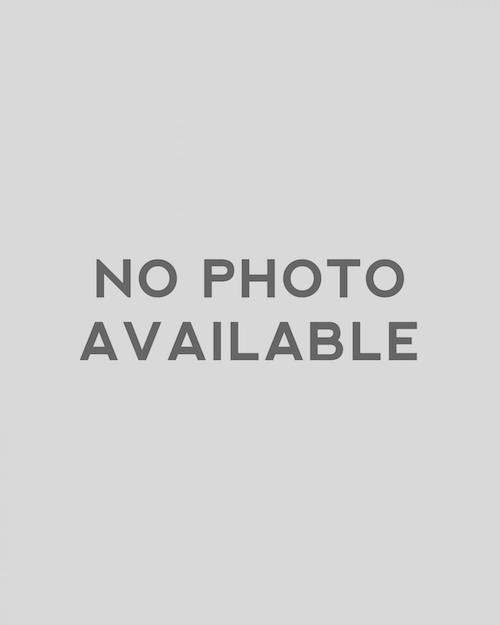 Mike is a Licensed Public Accountant. After college, he spent 10 years working for Joseph D. Carroll & Company. In 1990, he joined Joyce, Jackman & Bell LLC as the Controller and Minority Partner.

He has guided the agency through tremendous growth with his fiscal prowess and acumen, always ensuring the integrity of the agency accounting information records.

In addition to his position at Joyce, Jackman & Bell Insurors, Mike served on the Board of Governors for Fox Hill Country Club as the Finance Chairman.

He is the father of 2 children, Sal Carroll, a high school teacher and Nicole Carroll, a student at Bard College in New York. 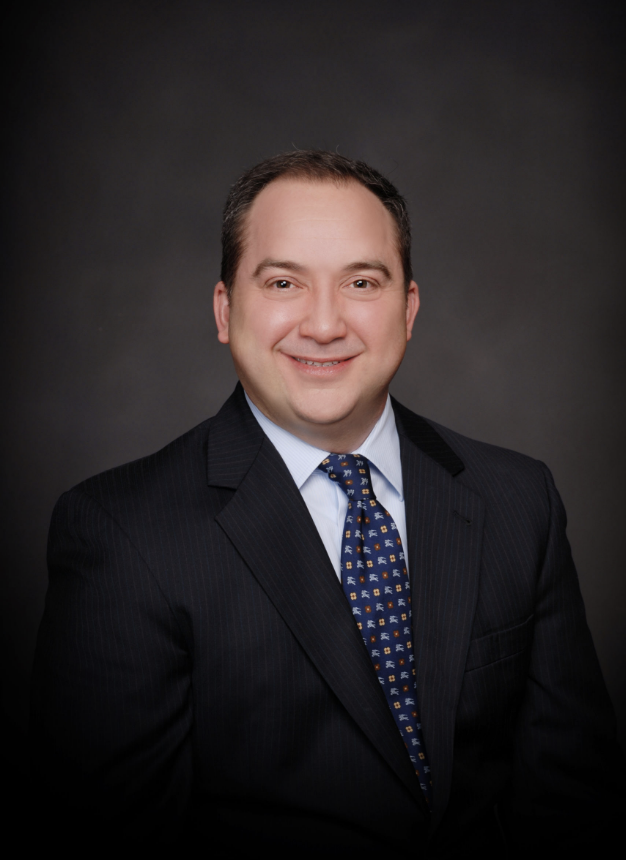 Michael is a Business Insurance Specialist in our Commercial Lines Department. He is licensed in Life, Accident & Health, and Property & Casualty Insurance.

Before joining Joyce, Jackman & Bell Insurors, Michael worked at Highmark Blue Cross Blue Shield in Wilkes Barre, PA as a Sales Support Analyst in Client Implementations. He was responsible for the overall administration and oversight of activities for the sales office.

Michael is a graduate of Old Forge High School and the University of Scranton with a Bachelor of Science Degree in Marketing. Michael resides in Old Forge, PA with his wife, Alicia, and their two children, Michael and Maddie. 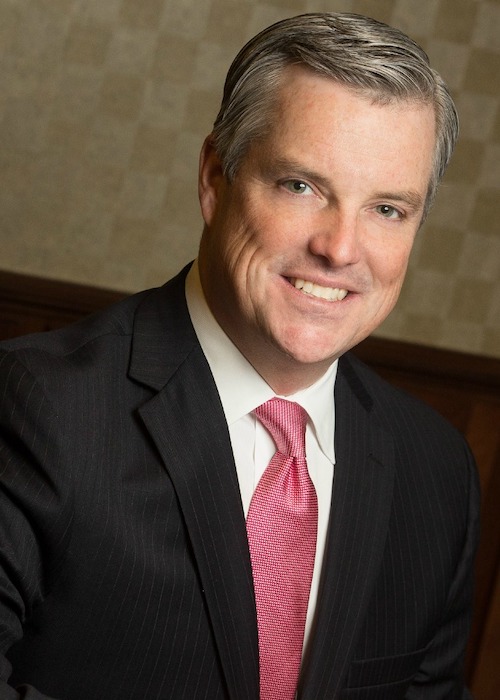 Andrew has been working in the financial services industry since 1995. He began his career as a Financial Advisor with Paine Webber in Greenwich, CT with a focus on retirement income planning and wealth preservation. He continued his career at Fidelity Investments until 2004 when he decided to join his family owned insurance agency, Joyce Jackman & Bell.

Since then, Andrew has focused on working with business owners and top-level executives across the country, assisting them in managing their insurance programs. This includes property, liability, workers compensation and employee health benefits.

In 2005, he attained the certification of Commercial Lines Certified Specialist from the Hartford School of Insurance. Andrew is a graduate of the University of Scranton with a Bachelor of Science degree in Finance.

Andrew lives in Dalton, PA with his wife, Kathy, and their two children. 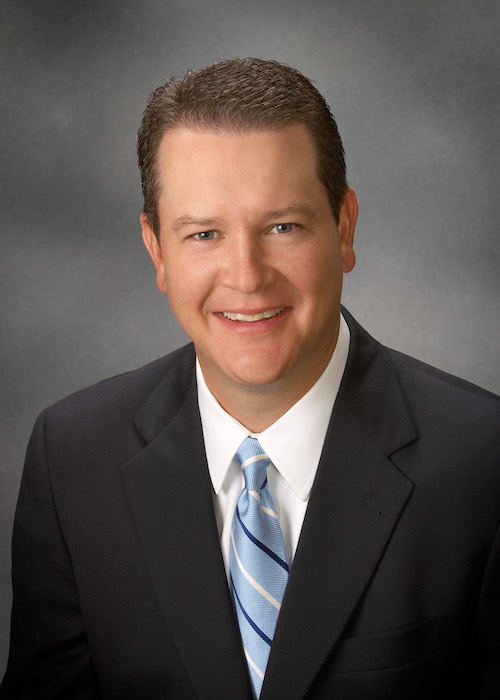 James attended the Hartford School of Insurance in Hartford, CT and has earned his designation as a Commercial Lines Certified Specialist (CLCS).

His primary focus and expertise concerns large commercial accounts throughout Pennsylvania and the nation.

Jim currently serves on the Board of Directors of Lourdesmont Youth & Family Services and Saint Joseph's Center Foundation. He is also a member of the Marywood University Business Advisory Council.

Jim graduated from Villanova University with a Bachelor of Science degree in Political Science and a minor in Sociology.

Jim resides in Scranton, PA, with his wife, Wendy, and two children, Liza and Gia. 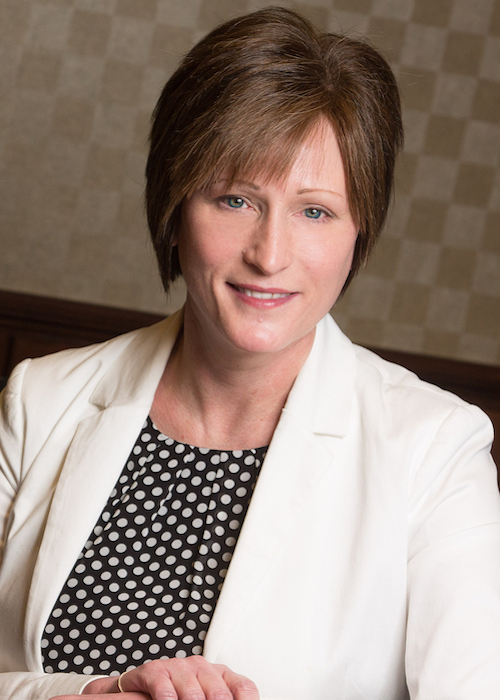 Janice joined Joyce, Jackman & Bell in 1989. As a fully licensed insurance agent, she is responsible for client service for mid to large accounts. She is Chief Underwriter for Commercial and Contract Surety Bonds and manages office operations and client support staff of seven.

Janice received her Associate Degree in Business from Lackawanna Junior College and lives in Avoca, PA with her husband, Stan and their three children. 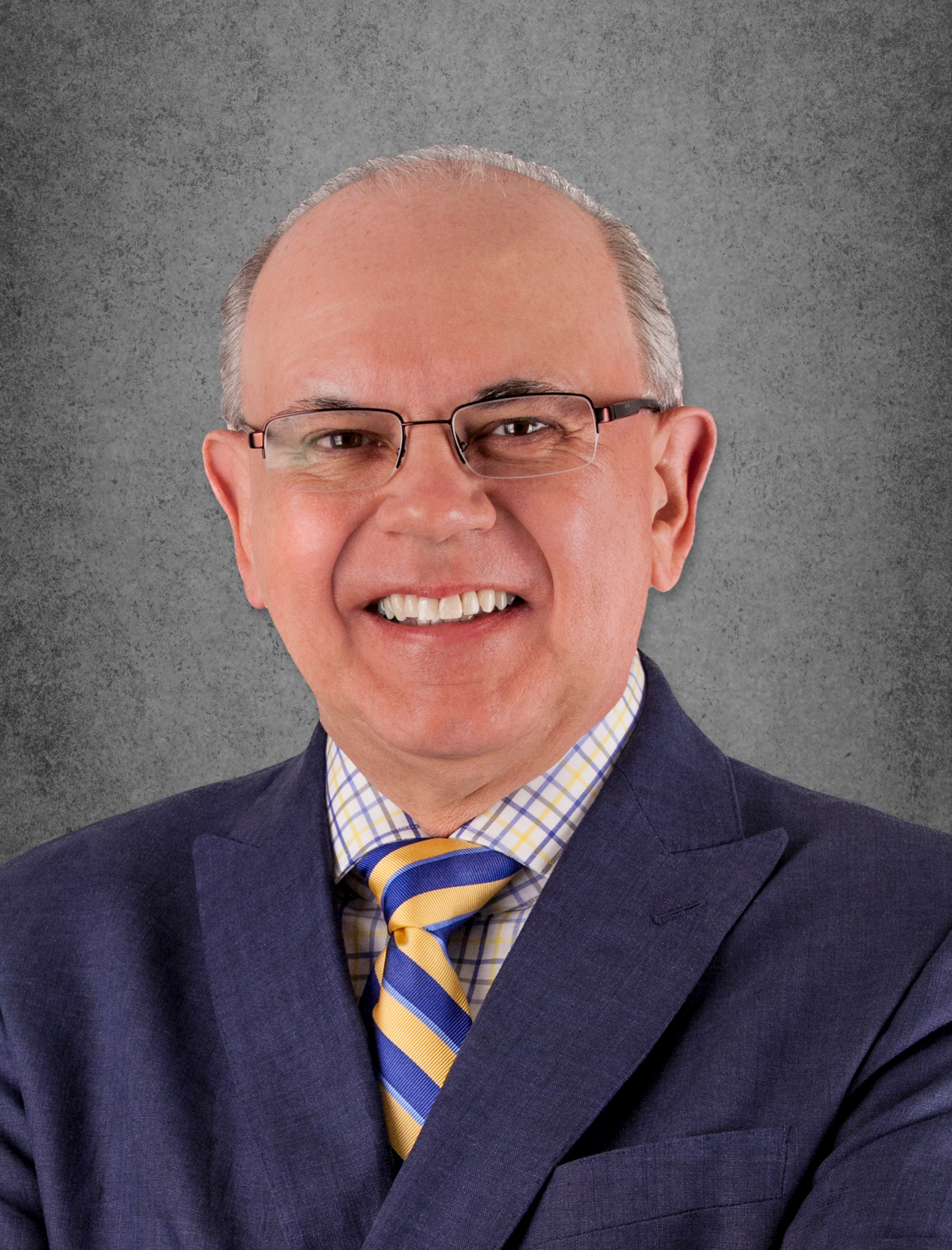 Tom has an extensive insurance services background with more than 35 years in the insurance industry including 20 + years in loss control. He is licensed in the Commonwealth of Pennsylvania in the areas of Property and Casualty, Life and Accident & Health.

Tom is highly skilled in identifying and evaluating the root causes of injuries and property damage and recommending effective loss control programs. He has been working with PA Certified Safety Committees for over twenty years and is a Pennsylvania Qualified Safety Committee Instructor. Tom guides insureds through the Initial Certification process and provides Annual Recertification Training and Compliance counsel. 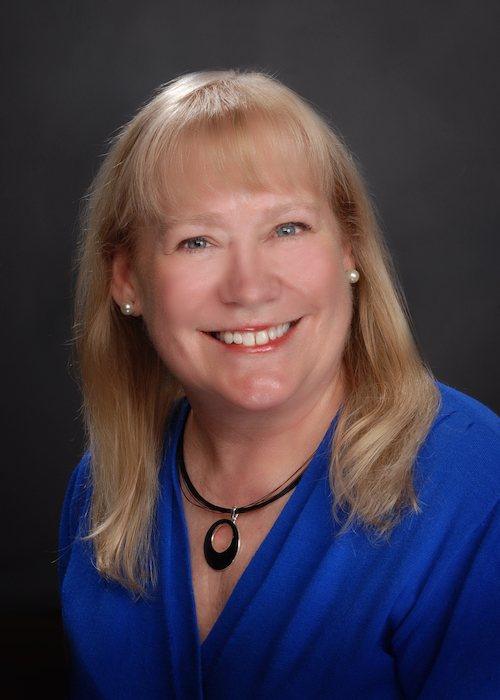 Nancy resides in Dallas, PA with her two children. 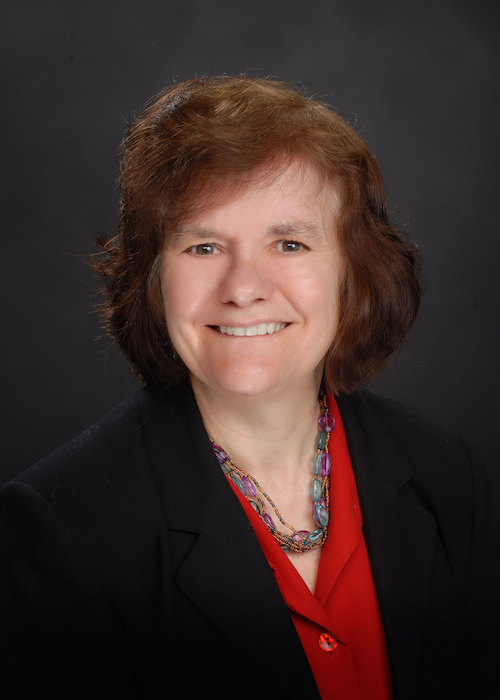 Patty has over 25 years of experience in the insurance industry. Her career began with the Volpe Agency as a Commercial Lines Underwriter. The next phase of her career would be medical insurance, working for a private practice and later in insurance claims for a major hospital. In 2009 Patty joined the Joyce Haggerty Bell Group as a Commercial Lines Underwriter and Service Manager. She has received intensive insurance training throughout her career earning her Commercial Insurance Service Representative designation and an IIA designation from Penn State University.

Patty works closely with her clients, fulfilling the insurance needs and providing the highest standards of customer satisfaction.

Patty is married and has two sons, Lenny, a school teacher and Christopher, a Senior Security Architect at Zappos, His wife Krystlynn is a Staff Sargent in the Air Force 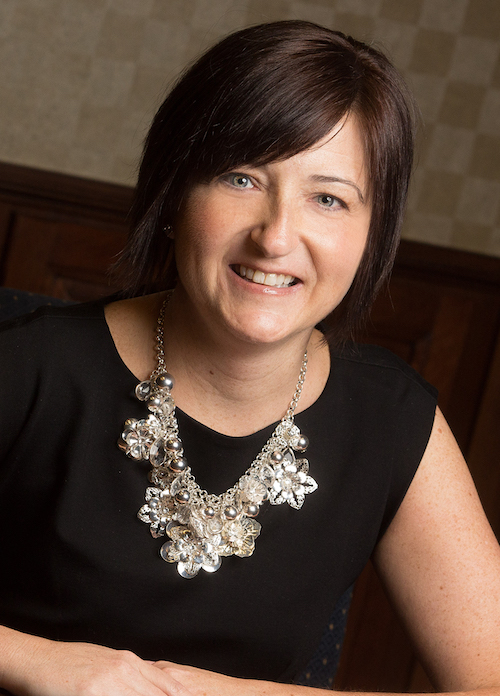 Kelly is a graduate of Marywood University with a degree in Marketing. She has 20 years of experience in the insurance industry, licensed in property and casualty and life insurance. Kelly began her career with Nationwide Insurance as a licensed customer service specialist. In that position, Kelly focused on ensuring client knowledge and satisfaction while also focusing on sales growth for the agency.

Kelly joined the Joyce, Jackman & Bell team in 2011 as their Director of Sales & Marketing in their personal lines department. She recently made the move to our Commercial Lines team. Kelly is committed to providing the Joyce, Jackman & Bell clients with the highest levels of service and support. She will serve as the key daily contact as she actively manages your account. Her responsibilities will include identifying, evaluating and recommending appropriate markets for various coverages and completing annual renewal applications/specifications. 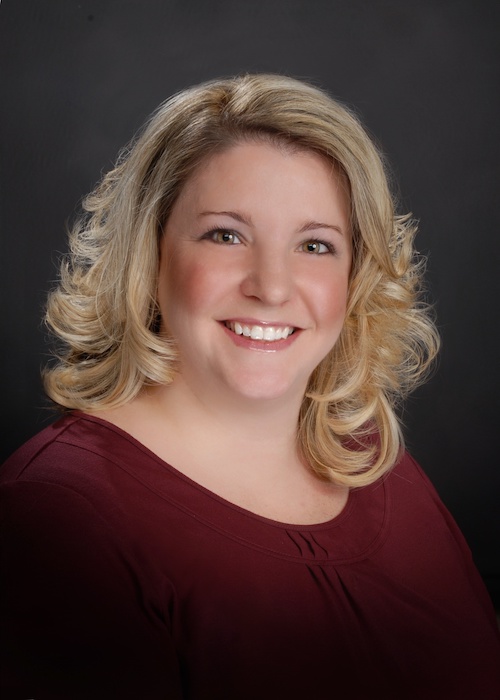 Kristy joined the team at Joyce, Jackman & Bell in 1996 as a receptionist. Her enthusiasm and drive garnered her a promotion to Billing & Collections Manager two years later. In 2003 Kristy became a fully licensed agent in Property & Casualty Lines. She excels in building lasting relationships by providing her clients with unmatched customer service. 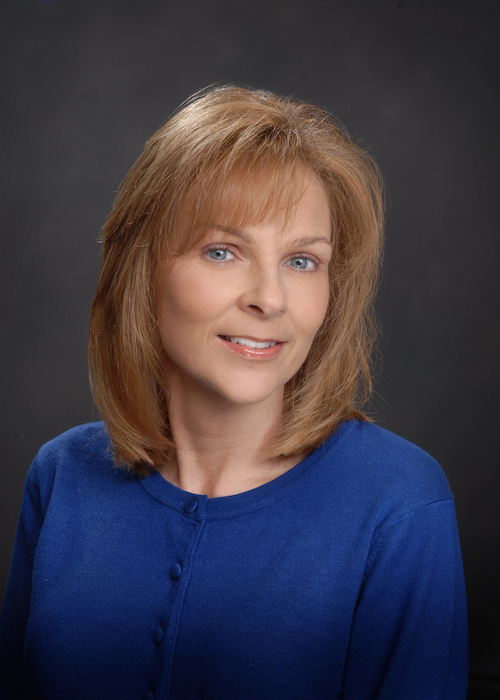 Leah has over 33 years of experience working as a licensed agency insurance underwriter. Since joining Joyce, Jackman & Bell in 1989, Leah has honed her expertise as a Commercial Risk Manager on small, medium and large size accounts including all property, general liability, and workers' compensation coverages. In 2003, she was awarded a Certificate in General Insurance from the Insurance Institute of America.

Leah resides in Wilkes Barre with her husband and children. 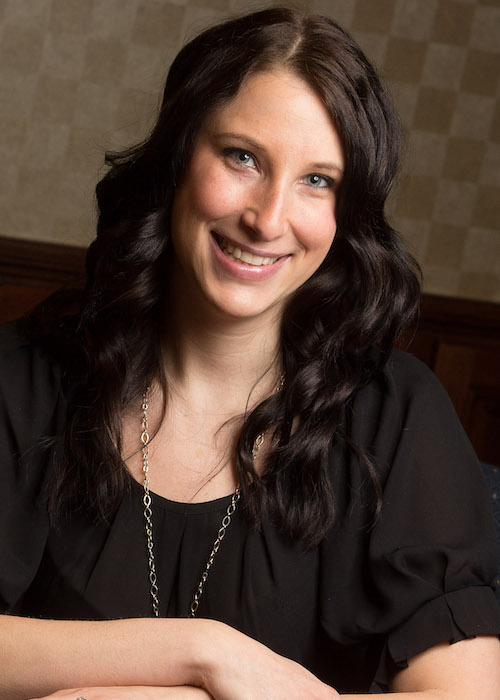 Adria is a 2003 graduate of Pennsylvania State University with a Business Management and Marketing degree. Her primary work experience includes the Perry Law Firm and most recently the Kelley, Polishan & Solfanelli Law Firm as a legal assistant. Adria joined Joyce, Jackman & Bell Insurors in 2014 and attained her Property & Casualty license in 2016.   While Adria is experienced in both Business & Personal Insurance, she focuses her efforts in managing our personal accounts and providing our clients with the highest standards of customer satisfaction.

Adria resides in Old Forge with her husband, Kevin, and their dog, Duke. 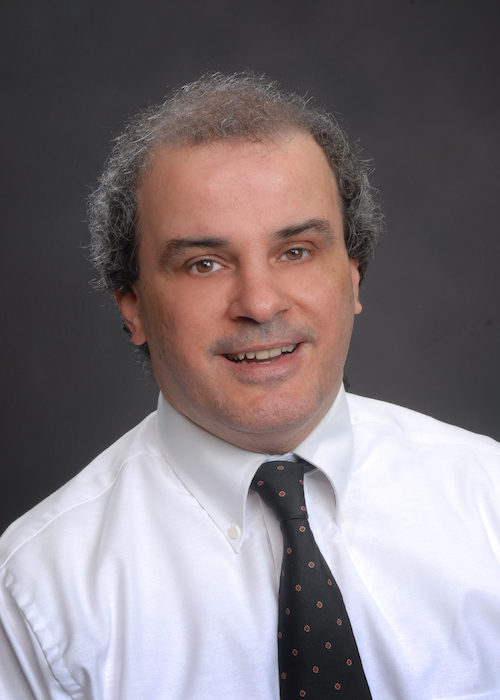 Jim's insurance career spans three decades. He was a Systems Specialist with Pennsylvania Millers Mutual for fourteen years and with Guard Insurance Group working in statistical reporting.  Prior to joining Joyce, Jackman & Bell Insurors as a Claims Service Manager in 2010, he worked at Joyce Insurance Group from 2003 to 2010.

Jim is the key contact when a claim is made and excels at guiding our clients through the claims process. His calm demeanor and knowledge assures our clients that their claim process will be smooth and a timely resolution with the insurance carriers will ensue.

Jim earned his Associate Degree from Luzerne County Community College in Business Data Processing, an Associate in Automation Management Designation from the IIA as well as his Pennsylvania Insurance License. 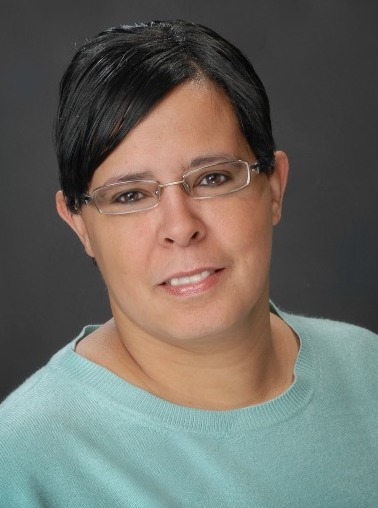 Heather worked for State Workmen's Insurance Fund before she joined Joyce Jackman & Bell Insurors in 1989 as a clerical support staff member. She became the bookkeeper and then promoted to Assistant Controller, performing all the day to day accounting functions for both Joyce Jackman & Bell Insurors and Joyce Haggerty Bell Insurance Group. Heather is also responsible for drafting the client financing agreements with the appropriate lenders and monitoring the obligation until completion.

So proficient with computer applications, AMS Administrator was added to Heather's credentials in 1996. She oversees the daily processes in the management system, training and troubleshooting. In addition to these responsibilities she orders all the office supplies. Always willing to help with any project or situation that arises, Heather is the "go to" person in the agency.

Heather volunteers her time for many causes, always working quietly behind the scenes. She is a very active in her church and serves as its Treasurer. She is the mother of two children, Kayla & Justin.